How an Adolescent Girl from Barmer Said ‘No’ to Child Marriage 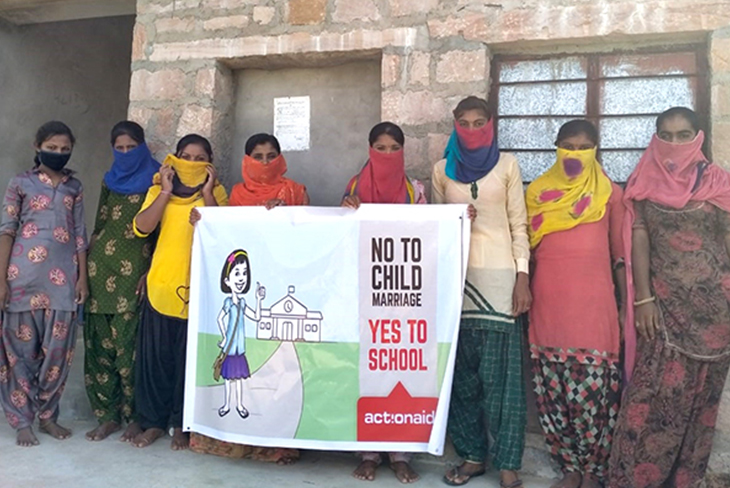 The practice of child marriage has harrowing consequences for the children involved, particularly girls, and is a clear violation of child rights. However, several children are married off before they reach the legal age for marriage despite its adverse repercussions. Priya (name changed), a 16-year old girl living in Barmer district of Rajasthan, was married at the tender age of 10 years. She belongs to a de-notified and nomadic tribal community. Back then, Priya could hardly grasp what was going on. But recently, she realized one thing for sure – she wanted to continue her education and end the marriage that was forced on her when she was a child!

The road, however, wasn’t an easy one for Priya. Gauna is a traditional practice for child marriage in some regions where the bride only goes to the groom’s house after puberty. When Priya turned 16, her in-laws started pressurizing her parents to send her to their house, and the pressure just increased during the COVID-19-induced lockdown. Priya had already been forced to drop out of school, but she wasn’t ready to now consummate the marriage to the boy she wanted to end the marriage with. Priya’s father realized that he needed to support her wishes and after that, decided to nullify the marriage. However, the boy’s family was an influential one and had the support of the wealthy, dominant community in the village. Not just that, caste leaders from 12 nearby villages came together and collectively dismissed Priya’s demands, directing her father to send her to her in-laws once she turns 18. At this point, Priya even lost the will to live.

On learning about this disturbing case, ActionAid Association’s local team stepped forward to support Priya and her family. We helped them reach out to the Superintendent of Police. Both Priya and the boy she was married to were subsequently brought to Mahila Suraksha aur Salah Kendra (MSSK) where counsellors held sessions with both the parties. While Priya was adamant on getting the marriage nullified, the boy was still interested in being married to Priya. After that, the police sent a notice to the boy’s family, stopping them from forcing Priya for the marriage. Following the police intervention, the threats from community members and caste leaders declined, and the boy’s family took a step back and stopped pressurizing Priya’s family.

Moreover, as part of our ‘Yes to School’ campaign launched in 2019, several out-of-school girls from across Rajasthan were linked to the Shiksha Setu Scheme of the Department of Women Empowerment, Government of Rajasthan. Under this scheme, women and adolescent girls can register for open schooling free of cost. As part of this campaign, our team supported Priya’s enrolment and she is now able to continue her education.

We have, for decades, been working for the rights of the girl child. Working with UNICEF since February 2019, we are running an initiative to strengthen the institutional capacity of crucial district government stakeholders to prevent child marriage and enhance adolescent empowerment in regions where the practice of child marriage is prevalent. This initiative covers 13 districts in Bihar, ten districts in Jharkhand, 15 districts in Odisha, eight districts in Rajasthan and six districts in West Bengal. So far, we have been able to stop a total of 1,731 child marriages across the five states above.