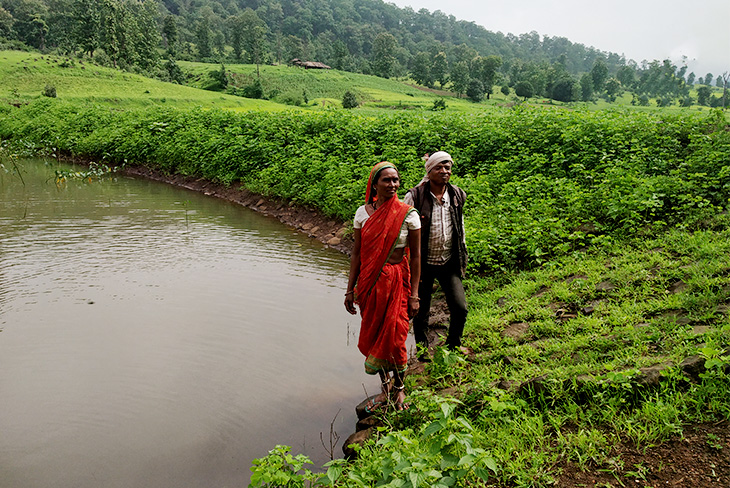 Gond and Korku tribes in Betul district of Madhya Pradesh have been traditionally dependent on natural resources such as forests, water and land. The dense forests and water resources in and around their villages had been helping them meet their nutritional needs and support their livelihoods. Over a period of time, these resources became degraded – partly due to climate change, but majorly because of the alienation of local communities from processes related to natural resource management.

Pradeepan, Gramin Vikas Sansthan and ActionAid Association’s Madhya Pradesh Regional Office launched a campaign in the villages of Betul district to collectivize indigenous people and ensure their access to and control over natural resources, besides facilitating the rejuvenation of natural resources. Communities were encouraged to initiate village development plans and seek feasible solutions to address the various concerns being faced by them. Furthermore, the community leaders were trained on participatory tools such as resource mapping and social mapping.  They subsequently organized meetings in their respective villages and mapped the status of local natural resources.

During the mapping exercise, water scarcity emerged as a serious concern across several villages. People from 50 villages of Bhimpur and Chicholi blocks of the district thereafter decided to initiate water conservation by reviving existing water structures and constructing new ecologically viable, low-cost water structures. Subsequently, community members collectively designed village-level water conservation and resource management plans. We are pleased to share with you that a total of 279 water structures have been built by the local communities across 50 villages of Betul district over the last two years. Funds were secured from government schemes such as Mahatma Gandhi National Rural Employment Guarantee Act. Communities are now using these structures for irrigation and other water-based livelihoods including kitchen gardens and vermicompost formation. They are also collectively determining the usage of water structures in their villages in order to ensure water security for all.