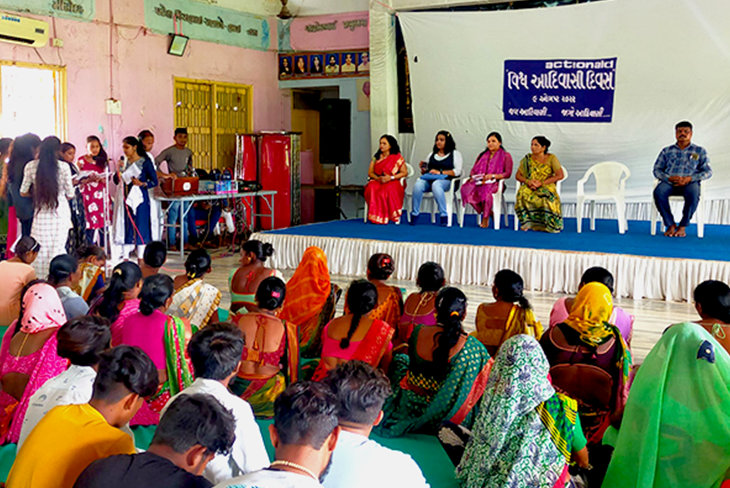 There are an estimated 476.6 million indigenous peoples worldwide, comprising 6.2% of the global population (ILO). Of these, more than 100 million are in India (IWGIA). Despite representing a rich diversity of cultures and ways of life based on a close relationship with nature, indigenous peoples often lack formal recognition of their lands and the custodianship of ecological resources. They continue to be marginalised and subjected to various injustices. They face multiple barriers in performing their traditional occupations and accessing social protection, health, education and other essential services. This exclusion also makes them more vulnerable to the impacts of climate change and natural disasters. To raise awareness of the inequalities and oppression faced by these communities and to highlight their needs, August 9 is celebrated as International Day of the World’s Indigenous Peoples.

ActionAid Association has been actively working for the protection and promotion of the rights of indigenous peoples. On International Day of the World’s Indigenous Peoples this year, our team in Gujarat organised a programme with tribal communities in Patel Wadi in Vadodara and called for urgent measures to protect their individual and collective rights. We facilitated the coming together of over 130 people from the Scheduled Tribes living in the area – primarily landless and working as farm labourers. They spoke about their cultures and traditions. During the meeting, participants learnt about their rights and the importance of having a Tribe Certificate to access due entitlements. Besides, they were encouraged to educate their children for a better future. Participants also remembered the tribal freedom fighter Birsa Munda and celebrated his contributions towards the Indian Independence Movement. On this occasion, a group of young tribal women and men also performed Timbli, a traditional dance form.