Witch-Hunting: Its Prevalence and Our Efforts to Make It History 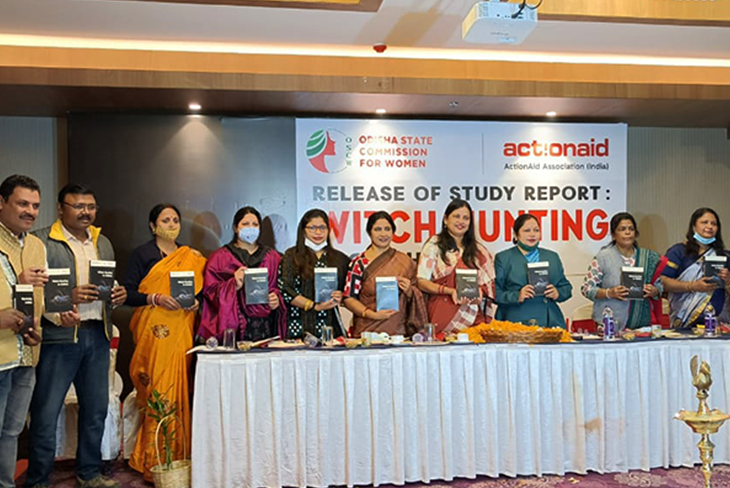 Despite being a cruel social practice, witch-branding and witch-hunts continue to be a reality, even in today’s modern times. The practise is prevalent across 12 states of India, namely Assam, Bihar, Chhattisgarh, Gujarat, Haryana, Jharkhand, Madhya Pradesh, Maharashtra, Odisha, Rajasthan, Uttar Pradesh and West Bengal. The National Crime Records Bureau (NCRB) shows that between 2000 and 2016, more than 2,500 people, primarily women, were killed across the country on the accusation of witchcraft.

To highlight cases of violation of women’s rights due to witch-branding and identify the various factors leading to this cruel practice, together with Odisha State Commission for Women, ActionAid Association carried out a study in Odisha. The study report ‘Witch-Hunting in Odisha’ – was released in Bhubaneswar on December 20, 2021. The report extensively documents 102 case studies from 12 districts reporting maximum witch-hunting incidents. The study has found that 27% of witch-branding cases occurred due to children’s health issues, 43.5% due to health issues of an adult family member, 24.5% due to misfortune or land grabbing, and 5% due to crop failure. However, even after seven years of enforcement of the Odisha Prevention of Witch-hunting Act, 2013, only 69% of the cases saw police intervention, investigation and arrest. It is important to note that more than 30% of the total cases had led to the death of the alleged witch. Single women – widowed or separated – were found to be most vulnerable to witch-branding related crimes.

The study recommended amendment of the Act mentioned above towards strengthening legal support, compensation and rehabilitation of victims of witch-hunting cases, besides appealing for a national law to criminalise witch-hunting (readers can find the entire set of recommendations in the report here). Smt Tukuni Sahu, Minister, Women & Child Development and Mission Shakti, Odisha, released the report in an online meeting. Speaking on the occasion, Ms Sahu said that her department would work on recommendations emerging from the study and run state-wide campaigns to sensitise communities on this issue, focusing on high-prevalence districts. While speaking at the meeting, Dr Minati Behera, Chairperson, Odisha State Commission for Women, assured that the Commission would work towards bringing necessary amendments in the law to ensure adequate safeguarding of victims. Furthermore, she added that the Commission would engage with concerned stakeholders to ensure needful convergence and strategic actions towards addressing this barbaric practice.