Workers in the Time of COVID-19: Round 1 of Our National Study on Informal Workers 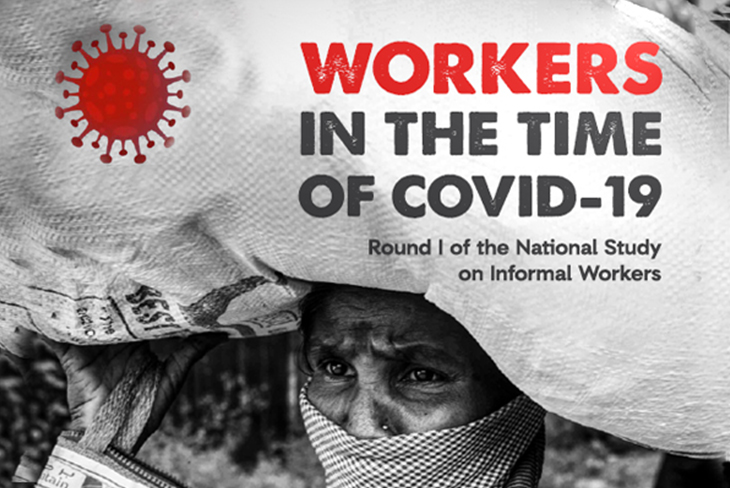 People dependent on the informal economy have been hardest hit in the wake of the economic crisis coming with the ongoing pandemic. To develop a deeper understanding of how the economic crisis is manifesting in their lives, we conducted a survey with more than 11,500 informal workers across 21 states during the third phase of the nationwide lockdown. Almost 60 per cent of the respondents are migrant workers. The first in a series of a multi-round longitudinal study, the survey shows pre-existing vulnerabilities of the respondents, the impact of the lockdown on livelihoods and wages, and the access workers had to relief and entitlements. ‘Workers in the Time of COVID-19’ also deals with the status of housing, indebtedness, and access to food, water and healthcare, all factors that have wide-ranging and long-term implications for workers’ health and well-being.

In the following months, through the subsequent rounds with the same sample of workers, our survey will track changes in their incomes, employment, patterns of migration, asset ownership, access to food, water and essential services, indebtedness and savings, living and working conditions, labour relations, and access to entitlements and social security. We hope that this study would help formulate a strategy to support informal workers in accessing relief, in rebuilding their lives and livelihoods, in accessing entitlements, and in asserting their rights.