Working with the Madhya Pradesh Police on gender sensitization 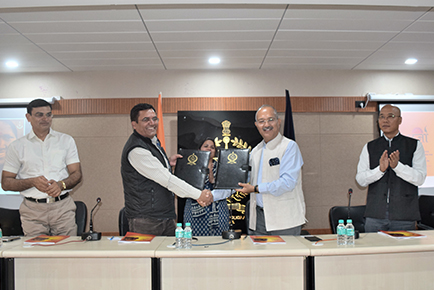 On March 15, the Madhya Pradesh (MP) Police and ActionAid Association signed a Memorandum of Understanding (MoU), enabling ActionAid to act as a technical support agency for the state police to develop gender sensitization and capacity-building curriculum, as well as researches and policy reforms focusing on gender in the MP Police. Under this MoU signed at the MP Police Academy in Bhopal, ActionAid will be providing hand-holding support to the state police in its efforts towards establishing gender justice in its overall functioning.

ActionAid has been associated with the state police department for long now and has been supporting them in framing gender sensitization programmes for the various ranks of police officers. This MoU is an outcome of the long years of committed and strong work we have been doing on gender justice and women’s rights in the state.