Girls and women need a national campaign to get a level playing field: Kumkum Kumar 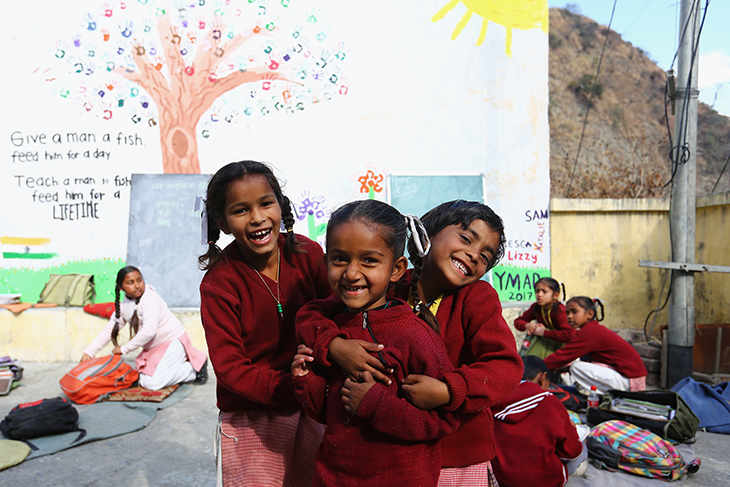 Son preference continues to permeate across all communities in India. The bias toward a male child is buttressed by economic, religious, social, and emotional factors, making the girl child less desirable. Thus for a girl child, the struggle to live a life of dignity begins even before birth. A girl child who is born has escaped sex determination tests and sex-selective abortions.

Women and girls are not equally vulnerable to gender bias. For example, women and girls belonging to lower economic status or have the identity as a lower caste, tribal or religious minority face discrimination due to their class or social identity, in addition to discrimination based on gender.

ActionAid Association had in 2013 launched the Beti Zindabad (Celebrating Daughters) Campaign to take action against the declining sex ratio, which showed up so acutely in the 2011 Census. While taking the campaign across several states, we encountered deeply entrenched gender discrimination even in remote districts. We had worked closely with the local level gram panchayats to pass resolutions to stop sex determination to ensure that the gram panchayat level machinery proactively addresses the menace of sex-selective abortions. The way forward to weed out this menace should be to implement the PCPNDT Act and get the local level government machinery proactively to reach out to the community to stop such practices.

Young women living in urban locations face the issues of economic hardship, minimum access to public services which are not women-friendly, the burden of unpaid work, and experience gender-based violence. Women workers struggle with not only low wages but also their wages are not paid on time. In addition, budget reductions in water supply, transport and health services adversely affect women. To ensure that the women get paid their wages on time, at the ground level, we are working with women’s wage watch groups who have been stridently seeking their wages from their employers. But this will gain more strength if the women have the support of a law that recognizes domestic workers as workers and ensures minimum wages.

The COVID-19 pandemic has set back many of the gains women and girls had secured in gaining access to education, health services, and employment.

However, the National Family Health Survey 2019-2021 does indicate that India has made significant strides in the last five years. We now have 1020 women per 1000 men, which is laudable. However, the child sex ratio remains a concern, despite having improved by 16 points from 918 (2014-15) to 934 (2019-20), indicating that the issue of sex selection and female foeticide has not been eliminated.

Ensuring that girls get admitted to the school and remain there, is essential in providing a better life for girls. ActionAid Association has been running the “Yes to School and No to Child Marriage” campaign across 52 districts in five states in India. Child marriage among girls unleashes a life of oppression and inequality, which impacts every facet of their life. Working with the government and volunteers, we have ensured that 10,000 villages in Odisha have become child marriage free. An additional component will be to ensure that the adolescent girls do not face harassment on the way to school and within school premises.

It is also vital that the women have easy access to the water supply to reduce the time women spend collecting water and leaves them free to pursue their areas of interest, vocation, or leisure. Safe transport is another area that needs to be ensured, as we increasingly see young women foraying into new areas of work in urban spaces. Frequent services of buses and trains with adequate safety measures installed are now a necessity for these women to earn a decent livelihood.

Reducing the burden of unpaid work is critical to ensure that the girls are free to pursue higher education and other interests. Hence at the family level, it is crucial to recognize the contribution of the work she does and help in redistributing this workload from an individual amongst family members, to reduce her workload. It is also vital for the government to provide adequate childcare services so that the women are not forced to take up livelihoods that provide meager incomes and leave them vulnerable.

Addressing gender-based violence at home and the workplace is a crucial facet of a women’s life. Implementing the Domestic Violence Act, the Child Marriage Act, and the Dowry Prohibition Act in their letter and spirit is a critical need of the hour. Setting up helplines and crisis centers where violence survivors can reach out is equally important. It is essential to have these centers at the district and block levels so that more women can access the services. In addition, providing counseling services to the survivors of violence will help them cope better.

To ensure that the workplace remains free of sexual harassment, it is imperative that employers mandatorily set up Internal Committee and train the committee members to address the cases filed. Where Internal committee formation is not applicable, the government should ensure widespread awareness building on the Local Committee and ensure that the women can easily reach out to the members of these committees.

Access to assets helps women assert their agency and enables them to resist violence. Studies have shown that women who own property face less violence than those who don’t. Families with property should ensure that not only should they send their girls to schools and colleges but also ensure that they have a share in the parental property. A property in her name will help the girls assert themselves in the future, and she will not feel helpless in case of any misfortune or violence she faces in the future. Thus a national campaign celebrating women in the world of work, promoting women’s right to property, and calling for men and boys to take up an equal share in care work will go a long way in creating a level playing field for girls and women.

Disclaimer: The article was originally published on dailyhunt. The views expressed in the article are the author’s and do not necessarily reflect those of ActionAid Association.