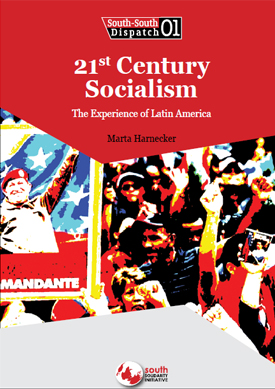 The Experience of Latin America

The geo-political situation today is rife with challenges and possibilities. While the triple crisis of finance, development and environment have discredited neo-liberalism; many countries of the South (including India and China) are unable to break free from the dominant economic model. In this context, the progressive experiments by governments in Latin America have provided a much-needed impetus to the global movement for alternatives.

Marta Harnecker has been both a participant and chronicler of these progressive movements in Latin America. At ActionAid we are privileged to launch our South-South Dispatch series with her thought-provoking piece on the new socialist trajectories in Latin America.