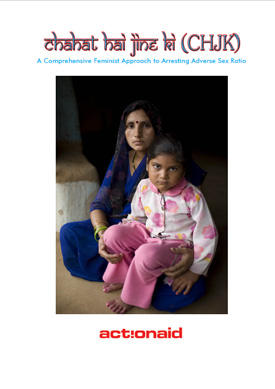 Dhaulpur District of Rajasthan and Morena district of Madhya Pradesh lie on the border of these two states. This area is the Chambal ravine area once known as a hub of dacoits. The region is inhabited by the Thakurs (Gurjars and Rajput) who are known to be fiercely patriarchal and consider women to be the main keepers of honour. This resulted in the confinement of women within their household. A woman’s value in such families is also associated to the number of male children they give birth to, as sons are supposed to be the carriers of the family name. Deep rooted patriarchy and hegemony embedded in the mindset of the region has manifested in the prevalent genderbased discrimination, domestic violence and more importantly the issue of declining sex ratio.