Bonded Labourers of Tamil Nadu from Sangam Era to present 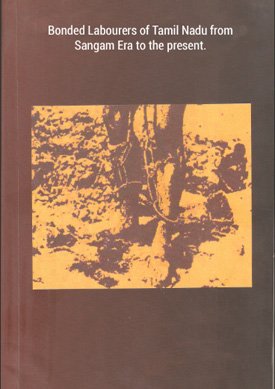 A slave was a person without any personal liberty and he had to work for a particular caste, family or organisation or a government. The slave might be there from birth, he might have been captured, or he might have been bought. A slave did not have any liberty to get away from slavery or any right to cease work or to get any wages for the work he had done. The slave was given frugal food to sustain his life. He was considered as a property of the owner. Slavery compelled the slave to work for the owner. This practice was prevalent in many countries. The slaves were bought and sold by the owners according to the owners’ whims and fancies.

This book has won a Literary Award from Thirupur Tamil Sangam