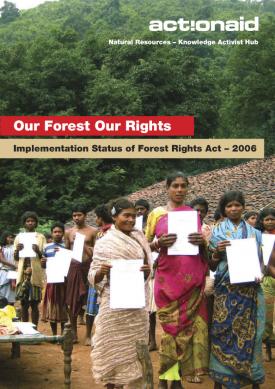 This study has covered 400 villages, 219 gram panchayats (GPs), 51 blocks, 26 districts from 8 states of India which have substantial forest coverage and tribal population.The study further includes objectives, provisions, processes and different structural mechanisms of the Act. The most important part of this study is functioning of different structures, nature and extent of rights given to the people since the Act came into force. The study has also found out the problems people faced, gaps in implementation of this Act, the role of the Government and other actors like non governmental organisations (NGOs) and panchayati raj institutions (PRIs) and functioning of mechanisms for appeal and grievance redressal.