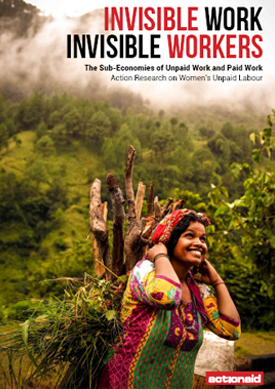 Invisible Work, Invisible Workers – The Sub-Economies of Unpaid Work and Paid Work has emerged from action
research across rural and urban contexts on the issue of women’s unpaid labour in three states of India –
Maharashtra, Telangana and Uttarakhand. Working with women engaged in the informal sector, we have
tried to locate women’s work within the overall macroeconomic scenario, and tried to explore the linkages
between paid and unpaid economies.