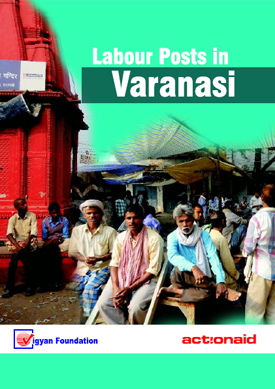 Urbanization is on a steep rise and census 2011 data too reveals a growing urbanization trend. Hundreds of rural men and women come to the city in search of work and better prospects for their children. This huge workforce is either unskilled or semi skilled and end up as rickshaw pullers, domestic workers or construction labour.

The current study of labour posts in Varanasi reveals that more than 7000 labourers commute daily to the 20 labour posts in the city of Varanasi where as many hundreds more work at project sites and others go to work sites daily from their respective homes.