Land to the Tiller 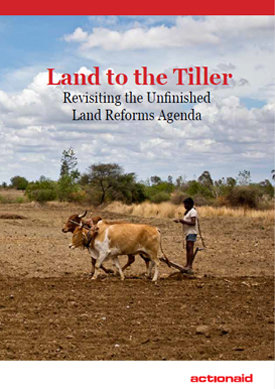 This report presents the research reports prepared for the Union Ministry of Rural Development, to help them issue state-specific advisories stating the steps that had to be taken to make land accessible to the landless. Several suggestions given by the state-specific studies presented in this report were accepted by the government and formed a part of the advisories issued to state governments. In a way, the report represents a unique research initiative, which had a quick and timely impact on the process of forming the ideas and its inputs into policy making. The advisories may not have strong legal backing at this stage, but in a way, they legitimize demands raised by land rights movements across the country.