Listening To Children of Nomads 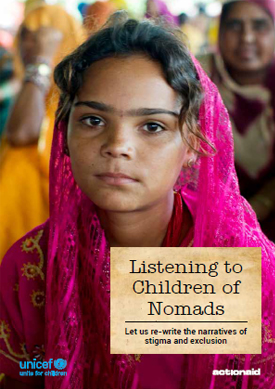 Let us re-write the narratives of stigma and exclusion

Nomadic communities have always been an integral part of Indian society – as pastoralists, hunter-foragers, artisans, healers or entertainers. It was in 1871 that British passed the Criminal Tribes Act (CTA) through which they declared 150 nomadic communities as “addicted to the systematic commission of non-bailable offences”. The CTA was extended across the country and more communities were brought under it. The colonial rulers condemned a large section of the Indian population to live in extreme poverty and degradation. Historians say the British did it to control nomadic populations in their territories. After Independence the CTA was abolished and the “criminal tribes” were ‘de-notified’. The intent was to restore dignity and full citizenship to these communities. However, the persistent caste system and other forms of social ostracisation have prevented these communities from being recognised as equal citizens of the country.