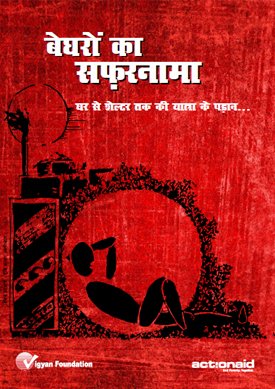 A booklet on the stories from different sections of homeless community like those living on roads, rickshaw pullers, residing in slums or in shelter homes was compiled. Stories were collected from cities like Allahabad, Kanpur, Lucknow, Agra, Varanasi, Ghaziabad and Meerut. The objective of this book was to sensitize general community and different stakeholders on the various aspects of homelessness, the causes leading and forcing people to migrate and end up on roadside in cities and to highlight also the problems associated with the existing shelter homes in different cities.