Responding to drought in Bundelkhand and Marathwada 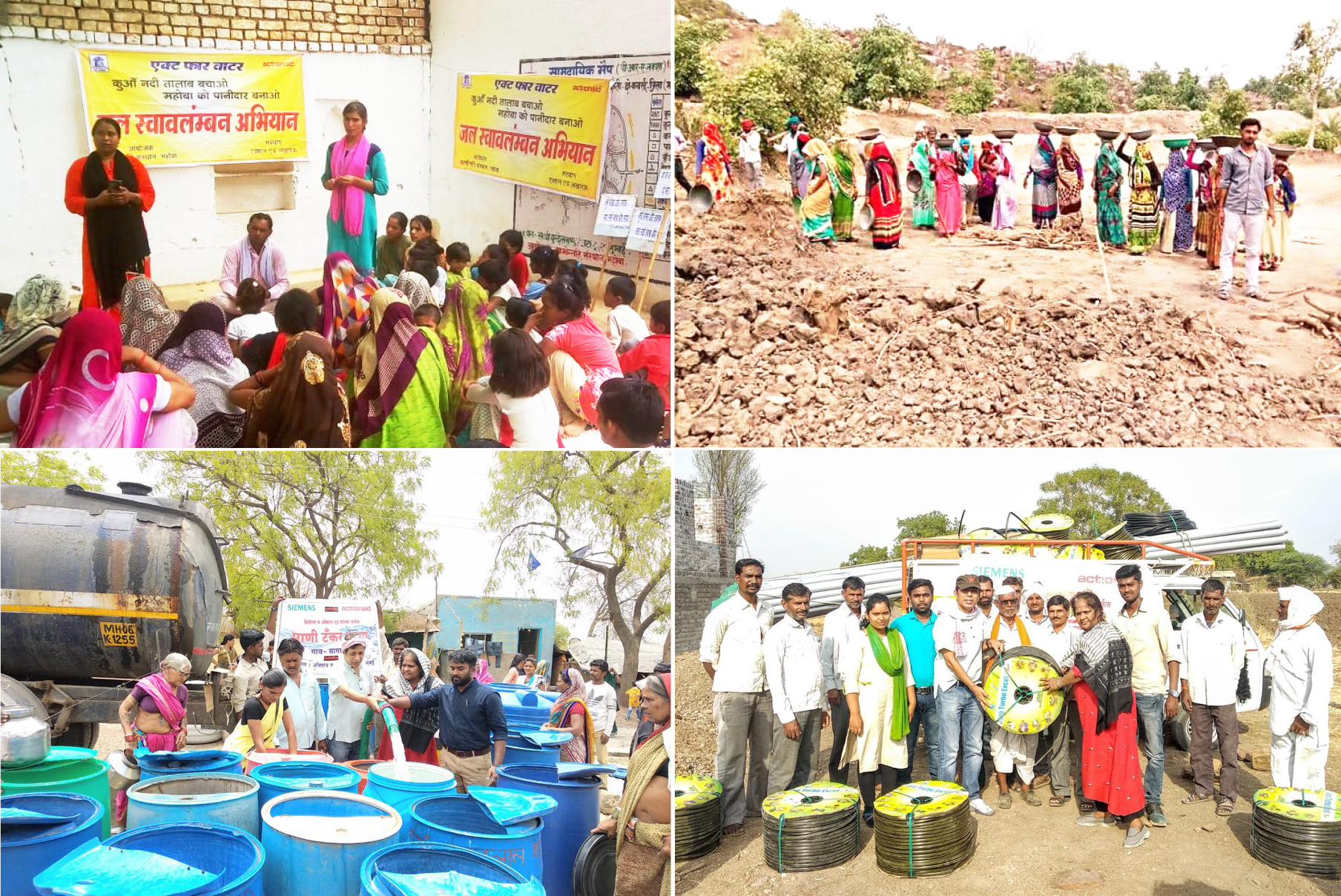 India is currently reeling under the worst water crisis in its history. According to the Composite Water Management Index (CWMI) report by NITI Aayog, 600 million people in India are facing high to extreme water stress with 2,00,000 people dying each year due to lack of access to safe drinking water. Besides, livelihoods of farmers in many regions of the country have been severely impacted, leading to distress migration.

ActionAid Association has been reaching out to the worst-affected populations in the drought-hit regions of Bundelkhand and Marathwada in Uttar Pradesh and Maharashtra respectively, with drought relief support. We provided drinking water and livelihood support to affected communities, besides fodder for the livestock. In addition, we have been facilitating the rejuvenation of water bodies in villages and building awareness on water conservation and management.

In Uttar Pradesh, along with people’s organizations, networks, activists and academicians, we ran Jal Swavlamban Abhiyan, a campaign aimed at water conservation and the protection and rejuvenation of water bodies across seven districts of the Bundelkhand region in the state. Under this campaign, which ran from May 27 till July 10, water literacy meetings were organized in 121 villages across those districts to spread awareness on water-related issues. More than 24,000 households were reached out as part of this campaign. Besides, subsequent to the mapping and verification of all water structures conducted through community participation across the 121 distress villages, more than 1,300 water structures were identified for protection and rejuvenation. Under this campaign, several meetings at block as well as district level were organized too, wherein the community members submitted their charters of demands to the concerned government officials. Over 600 Water Volunteers were mobilized during this campaign; these volunteers played a pivotal role in generating water literacy among communities, besides mapping of water sources; conducting water audits; protection and rejuvenation of water bodies; and discussing possible solutions with government officials at the state and district levels.

The Government of Uttar Pradesh has announced Rs. 130.20 crores for the rejuvenation and construction of ponds. The agenda of water conservation has also now been prioritized by the administration across districts. More than 3,100 community members also submitted applications for work under Mahatma Gandhi National Rural Employment Guarantee Act (MGNREGA) for repair and rejuvenation of water structures. We are happy to share that 720 community members from 29 villages of six districts have got work under MGNREGA; the rejuvenation of 32 ponds has also started in those villages. Besides, several other water structures have been repaired and rejuvenated.

In Maharashtra, our teams have been visiting the worst-hit regions to take stock of drought and discuss water crises with local networks, activists, legislators, farmers, farmers’ widows, local officials etc. As part of our drought relief efforts in Marathwada, with support from Siemens India, we distributed water in parched regions of Badnapur taluka of Jalna district. Besides, drip irrigation sets were distributed to several drought-affected farmers from Badnapur and Aurangabad. Community kitchens for the elderly were also run in the worst-affected villages.

In addition, we implemented cash-for-work programmes for the cleaning, repair, recharge and rejuvenation of water structures. During this critical period of drought, we also provided support in terms of fodder for livestock, thereby helping several vulnerable families restore their livestock-based livelihoods. We are gratified that the fodder camp started by us for smaller animals in Dongarpur village of Solapur district received acknowledgment from the Government of Maharashtra. A Government Resolution was also passed on May 31 to regularize this. It is important to note that the government normally supports fodder camps during drought for bigger animals only, such as cows and buffaloes, and not for the smaller ones, such as goats.

With the objective of enhancing water literacy and ensuring water security for all, we organized several meetings and activities in other parts of the country too. To check out some glimpses from the programmes organized across the various states, click here.