As heavy rains continue to pound several parts of Uttarakhand, rescue and relief operations in areas affected by the cloudbrust and flash floods, are being constantly disrupted. The death toll has reportedly risen to 37 as of Monday.


Despite bad weather and unavailability of approach roads, personnel from the National Disaster Response Force (NDRF), State Disaster Response Fund (SDRF), Army, Indo Tibetan Border Police (ITBP), Sashastra Seema Bal (SSB), and the state police are searching for survivors. 13 people have so far been rescued alive from the debris in affected villages of Pithoragarh. According to officials, 21 people are still missing from 15 villages in Pithoragarh and six in Chamoli.

Meanwhile, hundreds of commuters and pilgrimages have been stranded along the Rishikesh-Badrinath and Gangotri-Yamunotri Highways which were blocked at some places because of landslides. The Border Roads Organisation and the Uttarakhand Public Works Department personnel have been pressed into service to reopen the routes.

Cooked meal and ration is being provided by the government and ITBP and few local groups.

The District government has distributed cheques of Rs. 2500 for the most effected families as immediate help, but they had to hold back the distribution, due to chaos created, when a large number of people turned up for the support. Chief Minister Harish Rawat had also announced a compensation of Rs. 2 lakh each to families of victims.

The Met department had issued a 72-hour warning from late last night for incessant rainfall in the region including 7 hill-districts of Garhwal and Kumaon Region.

ActionAid India is closely monitoring the situation. Our Lucknow regional office is in constant touch with staff of ARPAN in Pitoragarh and Janadesh in Chamoli district of Uttarakhand our allied organisations. We are currently conducting a needs assessment in the affected areas.

ARPAN, which works in three blocks –Dharchula, Kanalichhina and Didihat — of Pithoragarh district, has deployed a team that visited Artari and Urdama village of Pithoragarh. During the visit it was observed that houses have been badly damaged and people have lost everything in the villages.

Bastari and Urdama are the two most affected villages in the district. In Bastari village, the cloudbrust on Friday washed away seven houses, leaving 21 dead, 12 lost and many severely hurt. 35 families are living in the village are severely affected and have been shifted in inter college at Singali. In Urdma village, a village of 30 dalit households, several houses are damaged and filled with silt following the landslide.

Immediate needs of the affected people: 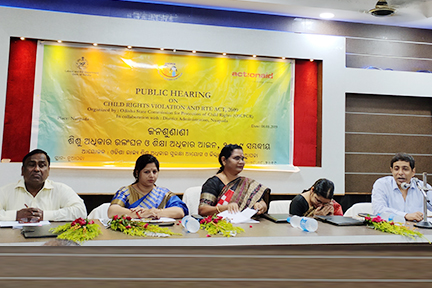