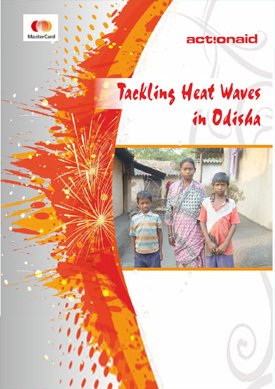 Heat Wave like other disasters need to be dealt much before it arrives. At least people need to be aware of the precautions they need to take in case of heat wave. This preparedness can save a lot of lives. But we need to also generate awareness of the compensation packages in case there is causalities because of heat wave. Special care needs to be taken for the elderly, children, sick and the pregnant women. The daily wage labourers who are doing hard labour also need to take care. The hospitals especially the government ones need to gear up to deal with the heat wave cases.

Odisha’s tryst with heat waves got a global attention in 1998 when 2042 people died. Climate change has been the major culprit for this, as experts opine. However, Odisha government has also been fighting heat wave effectively. As a result, the death tolls have decreased drastically. On 5th August 2015, India’s Union Minister of Science & Technology and Ministry of Earth Science, informed the Parliament startling figures of death due to heat wave this summer. As per the report 2037 people have died in India and out of which 67 death cases due to heatwave are from Odisha.

As per the media report (English Daily The Indian Exp ress , 31st May 2015) Office of the Special Relief Commissioner’s (SRC), Odisha received reports of 108 deaths allegedly due to sun stroke. However, only 21 cases were confirmed by the Office as death due to heat stroke. (http://indianexpress.com/article/india/india-others/heat-wave-death-tol1- c rosses-2200/#sthash.sgqLUFH.dpuf)

In this background ActionAid had undertaken a small study to understand the severity of the situation and the vulnerabilities due to heat wave conditions. Also this study analyzes the efforts of the Government towards tacking the heat wave situations.