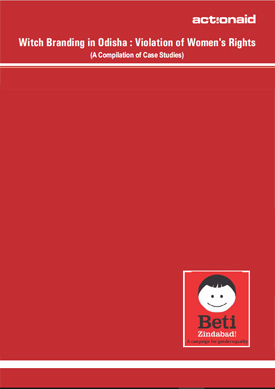 It needs to be admitted that practice and the belief, in the existence of the witches and that they be punished for the harm they cause, has refused to die down or wither away, and may have been even strengthened in some parts There are several well informed among us for whom the phenomenon and the practice of witch hunting, remains unknown and at best a thingof the past or a metaphor. Even when faced with disturbing evidence of large scale prevalence in several regions of the country, they remain incredulous.

For the tribal activists it poses a serious dilemma as the equalitarian and community cultures that they hold on to and to preserve as an alternative to the greed driven unjust and unequal mainstream, allow and continue to supportthis gross injustice and cruelty .